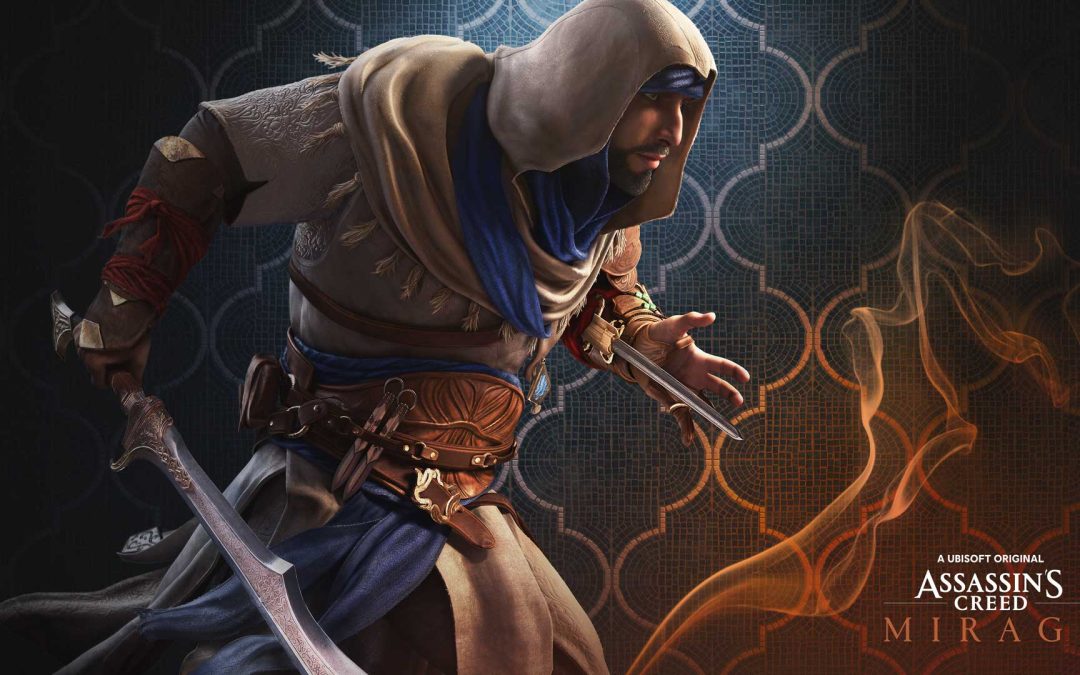 Ubisoft Forward is over and done since Saturday, however, most of us are still talking about it. The biggest highlight for me of course was the announcement of Assassin’s Creed: Mirage. While we heard rumours about it beforehand, it was nice to see an official announcement from Ubisoft.

Ubi did announce a few other games and surprises, but sadly, some of them were a bit hit and miss. I felt that more actual gameplay released would have been a bit better than a bit of banter and some CGI trailers. 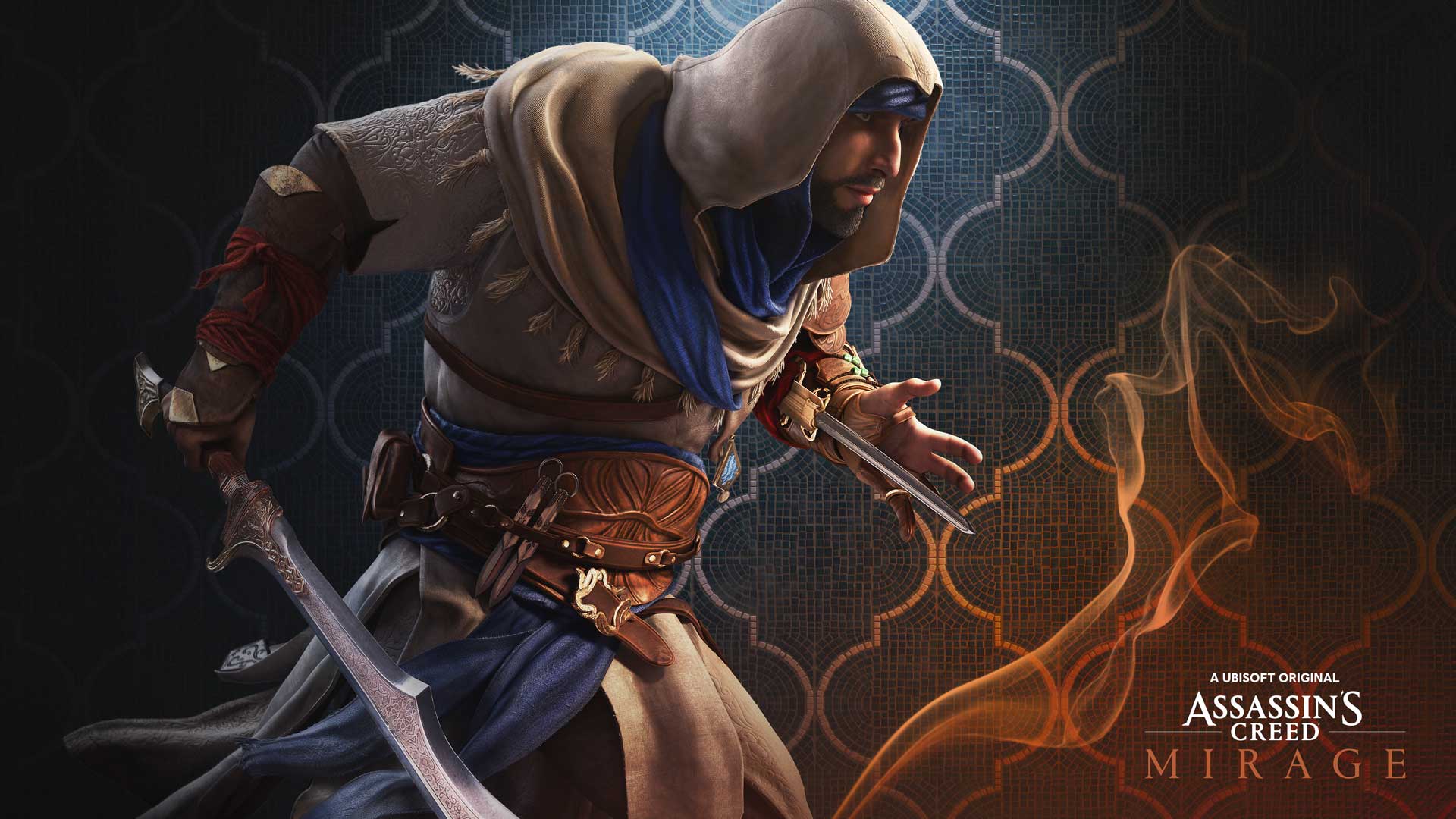 Assassin’s Creed: Mirage, the next installment in the Assassin’s Creed franchise, will launch worldwide in 2023. Mirage invites you to immerse themselves in a magnificent ninth-century Baghdad at the peak of its Golden Age.

They will embody a new hero, Basim Ibn Is’haq, a singular street thief with a mysterious past, who will join the Hidden Ones in Alamut on a quest for answers. Basim’s mentor, Roshan, will be voiced by Emmy-winning actress Shohreh Aghdashloo. Assassin’s Creed Mirage is an homage to the series, and a particularly special tribute to the first Assassin’s Creed. 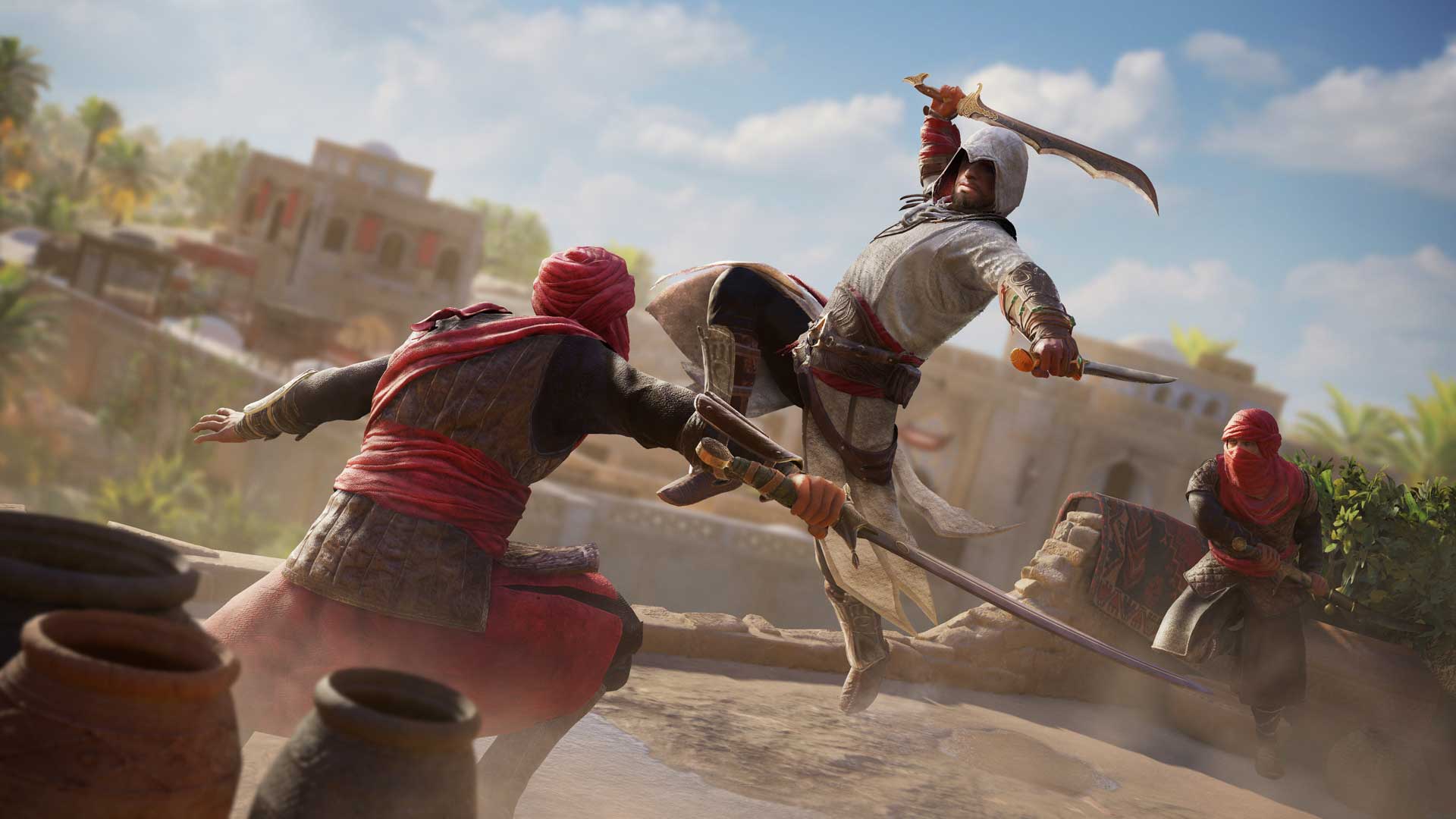 What excites me about Assassin’s Creed: Mirage is that we get to go back to the basics. Mirage reminds me of games like AC I, AC II and AC: Unity. The reason for this is due to the setting that it is set in, how we get to ‘hide in plain sight’ and the parkour. In the original Assassin’s Creed, we got to hunt our targets like a predator stalking its prey. You would blend into your surroundings or within crowds, waiting to strike. There was nothing more satisfying that hunting your target down. This was the same for Assassin’s Creed II, which for me is THE BEST game in the franchise, even still today.

I love the setting that the team has chosen, and it should give us plenty of places to skulk around in. The streets seem to be littered with crowds and market stalls for us to blend in and plenty of areas to traverse. This should give an Assassin’s Creed: Unity feel to it, which had some of the best parkour gameplay in the franchise.

The combat looks interesting with some multi-assassinations and takedowns. I’ve heard that this will work in much the same way as the Batman Arkham series of games. Though I believe there will be a cooldown to not be overused. This new skill can also be upgraded and will be interesting to see what the developers can achieve with it. Hopefully we get more news as we reach the end of 2022 and I for one can’t wait to see what they have in store for us.

In addition, the roadmap of the brand’s future has been unveiled with the next two HD flagship games Codename RED and Codename HEXE as part of the Codename INFINITY hub, along with the AAA mobile game Codename JADE and more information about the collaboration with Netflix.

The next two HD flagship games, Codename RED and Codename HEXE, will be part of Codename INFINITY, as well as information about the AAA mobile game Codename JADE, and the collaboration with Netflix:

Codename RED is the next flagship title after Assassin’s Creed Mirage and the future of the open world RPG in Assassin’s Creed. It is being developed by Ubisoft Quebec, the studio behind Assassin’s Creed Odyssey, with Jonathan Dumont as Creative Director. Here players will be able to explore a long-awaited setting for an Assassin’s Creed game: feudal Japan and all its shinobi fantasies.

Codename HEXE is the next flagship title after Codename RED. It is being developed by Ubisoft Montreal, birthplace of the Assassin’s Creed franchise, with Clint Hocking as Creative Director.

The Assassin’s Creed Codename JADE is a AAA RPG action-adventure game for mobile platforms set in Ancient China. Players will be able to create their own character and discover the story of the first Assassins in China. It will be free to play.

The live-action Assassin’s Creed series from Ubisoft Film & Television and Netflix is going to be an epic, genre-blending adaptation of the highly successful video game franchise. The collaboration does not end there, however, as Netflix is also collaborating on an exclusive Assassin’s Creed game to be made available on their
platform.

The Crew: MotorFest Coming 2023!Welcome to Motorfest! This one-of-a-kind festival will let players enjoy the best experiences car culture has to offer. Motorfest will allow car lovers to fulfil their ultimate action driving bucket list through a series of tailor-made...
Read More

The Wonderful World of Tinykin

Wonderful World of TinykinInterstellar explorer Milo has a little problem. That is, his problem is being little. About an inch high, to be precise. And if that wasn't bad enough, he's stuck in the past (the 90s, if we're being specific), and the local insect...
Read More