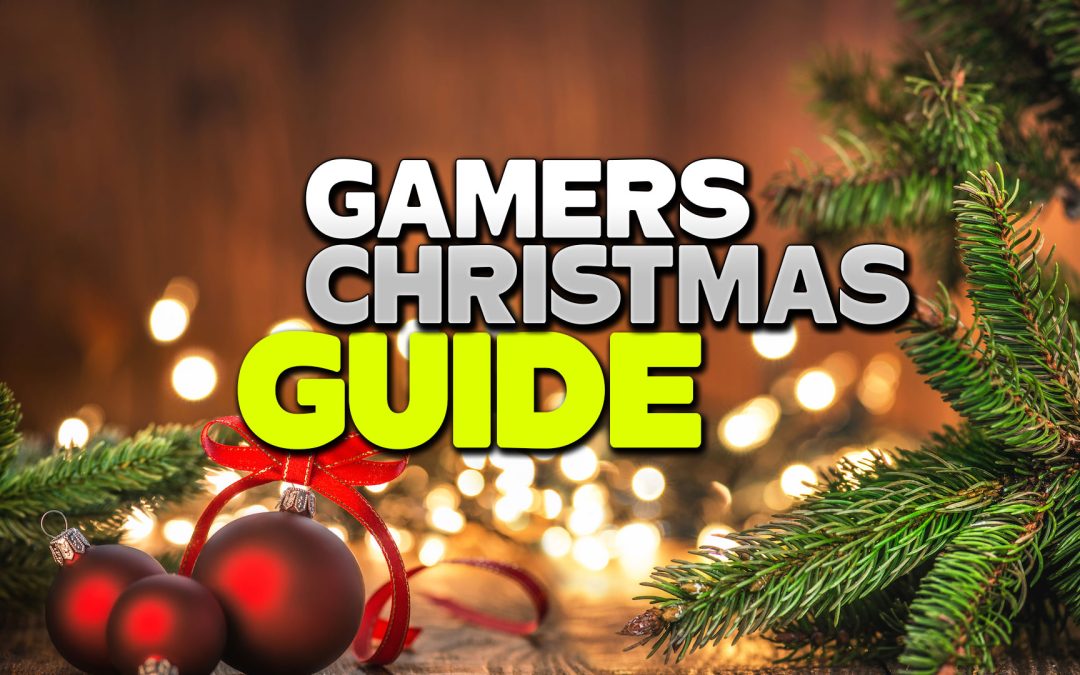 It’s that time year again and if you have a techie or gamer in your family, then check out the list below. From the latest games and favourites to some cool tech gear, there is something for everyone! 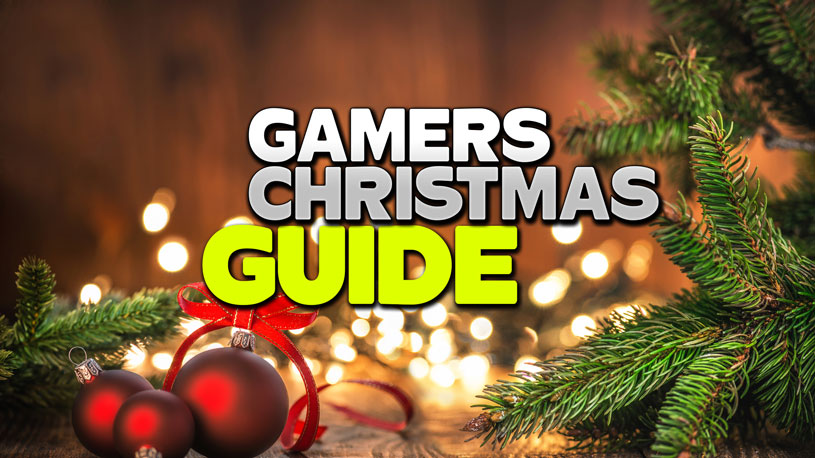 With the winter months well and truly under way, why not indulge yourself or loved ones in the ultimate escapism with the Oculus Quest 2 headset. With a huge library of virtual reality experiences available, the Queen’s Speech will have to be set on record as family members burn off the Christmas turkey playing Beat Saber or settle down to relax with some virtual fishing. The possibilities are endless and will make the laboured game of charades with the in-laws seem like a thing of the past. 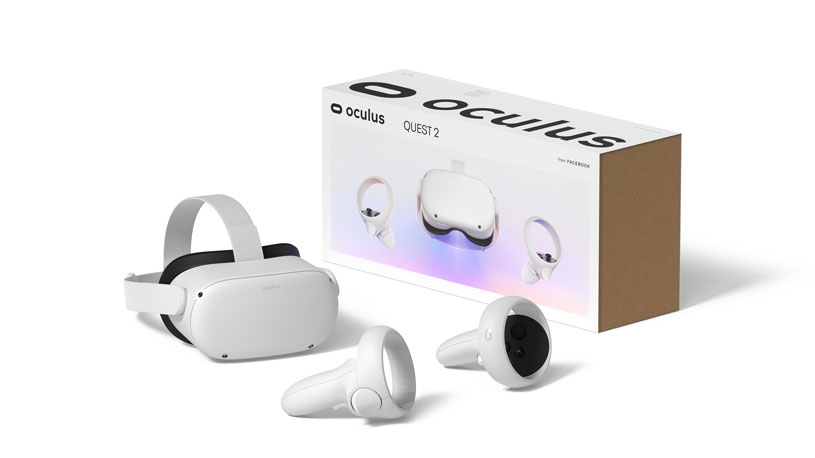 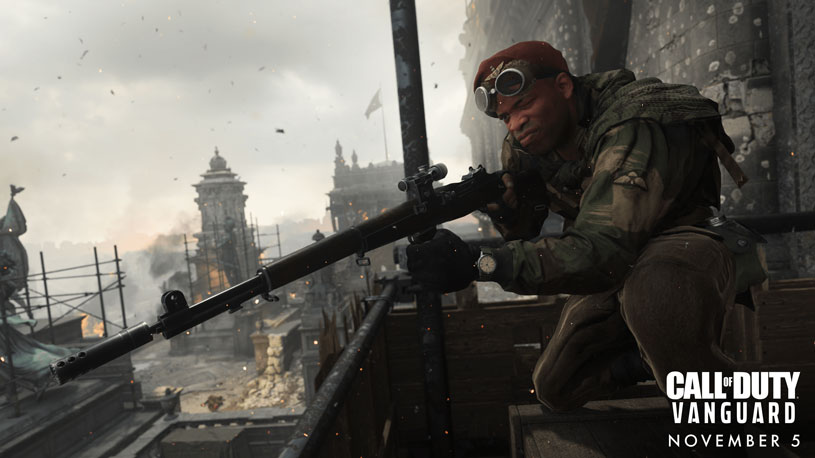 is the latest addition in the critically-acclaimed Call of Duty® franchise. Protagonists of the new game are a handpicked group of soldiers who, despite their different background, have one common goal: to exterminate the Fourth Reich.

Whether dogfighting over the Midway Islands, defending Stalingrad with sniper’s precision, airdropping over France, or blasting through advancing forces in North Africa, the Call of Duty: Vanguard campaign will immerse you in an engaging and gripping character-driven narrative, telling the stories of those who turned the tides of war and changed history forever.

With the largest ever numbers of maps available since launch, Vanguard offers an expansive multiplayer experience, with new modes, 20 maps and more ways to enjoy the game than ever before.

With cross-play support across current and next generation systems, Call of Duty: Vanguard is now for PlayStation 5, PlayStation 4, Xbox Series X, Xbox Series S, Xbox One, and PC via Battle.net. 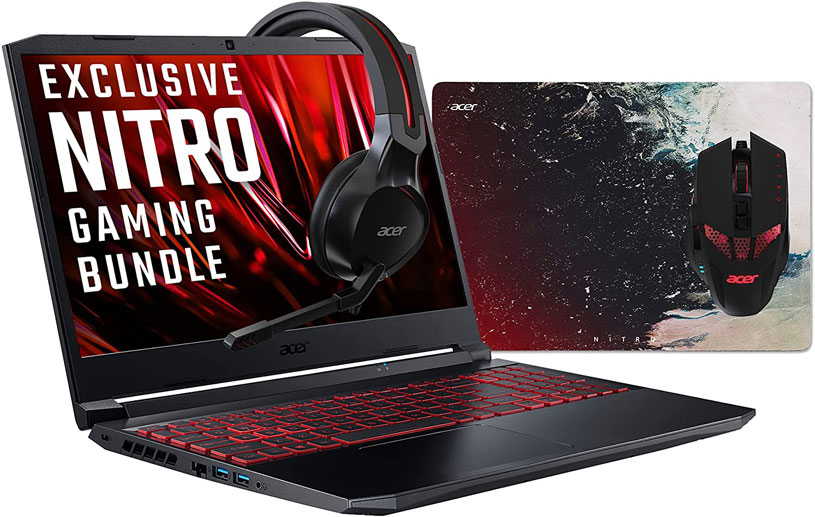 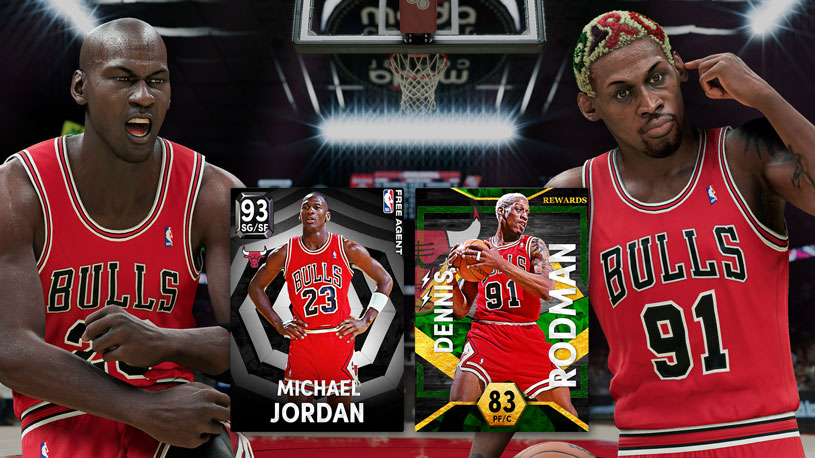 Veteran ballers and new players alike can step up their game and experience new journeys in The City or set sail for the high seas on the 2K Cruise Ship. This year comes with new Seasons featuring fresh opportunities to reap new rewards and new music in partnership with top record labels on First Fridays.

Perfect for: The sports fanatic, culture lovers, the baller in your life, Apple Arcade gamer and players that want to see IRL culture personified in video games.

How to Buy: Physical and digital editions available through major retailers and first-party platforms, here. 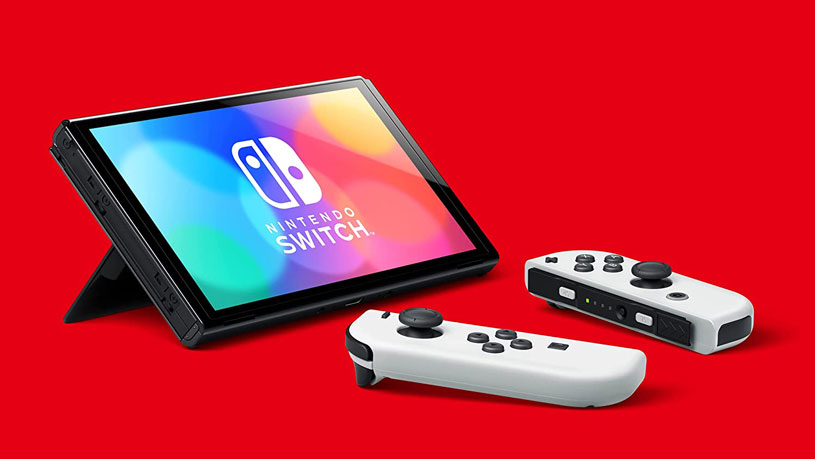 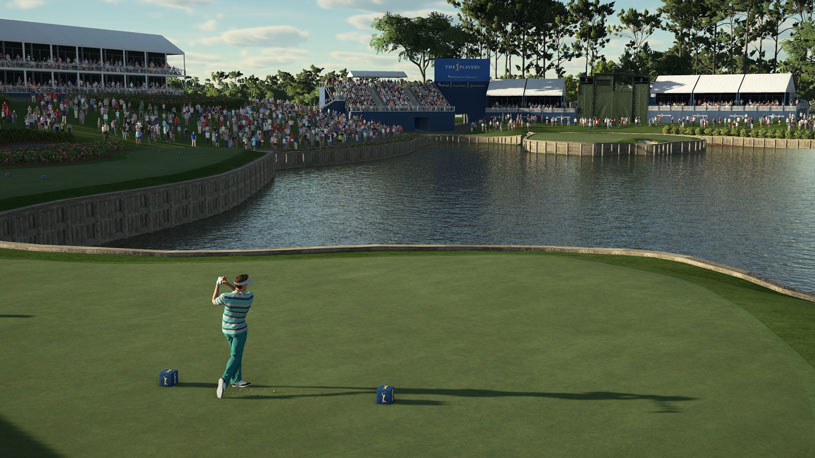 Golf Got Game with the critically-acclaimed 2K title, PGA TOUR 2K21, making waves in and beyond the golf community.

New this Holiday season, the PGA TOUR 2K21 Baller Edition is packed full of bonus content and dripping with swag. The Baller Edition includes the base game, all previously released DLC courses and game modes, an assortment of the hottest gear from Clubhouse Pass Season One, holiday gear, novelty putters, and the Golden Touch Pack featuring a gold putter and driver.

Earning stellar recommendations on Metacritic, PGA TOUR 2K21 brings players on their own PGA TOUR journey. Create your MyPLAYER — outfitted with equipment from top brands such as Adidas, Polo Ralph Lauren and Under Armour — build your legacy in Career Mode to win the FedEx Cup, compete with friends online via Societies and more.

Since launch, PGA TOUR 2K21 has surpassed 2.5 million units sold-in around the globe with new content added regularly including a recent course collaboration with lifestyle brand and gaming collective 100 Thieves. With new courses added to multiplayer playlists each month, an exciting race-to-the-finish Divot Derby mode added post-launch and a strong playerbase, now is the perfect opportunity to find your tee time.

Perfect for: Casual or avid golf fans, and those interested in a competitive, yet relaxing and fun, video game.

How to Buy: Physical and digital editions available through major retailers and first-party platforms, here.

Borderlands 3 Ultimate Edition is the quintessential Borderlands 3 experience, featuring the award-winning base game plus all six content add-ons and the full collection of bonus cosmetic packs. The PlayStation®5 and Xbox Series X versions are optimized to take full advantage of the new-gen hardware’s processing power, letting you play at up to 60 frames per second in 4K resolution during single-player and online co-op, or enjoy three- and four-player split-screen in local multiplayer.

Perfect for: Next-gen gamers seeking a fully optimized experience complete with fresh content, couch co-op, and rich online multiplayer, as well as current-gen players searching for their new hobby. With legendary loot to discover and proven gameplay that’s earned the series years of commercial and critical success, Borderlands® 3 is an excellent gift to give this holiday season! 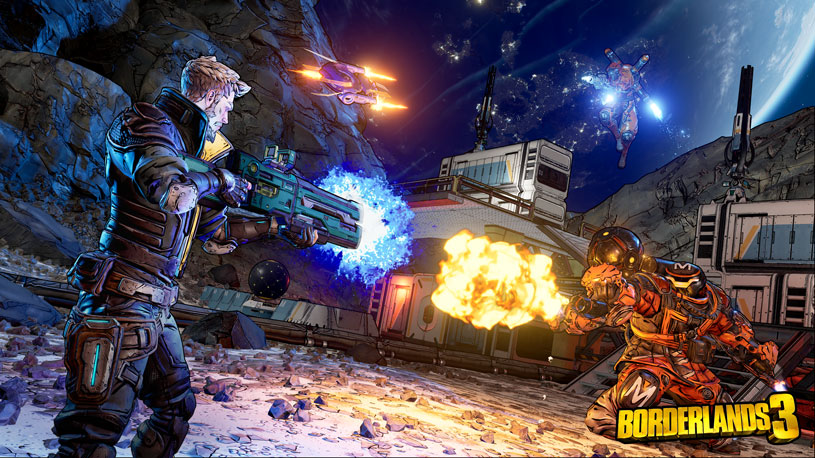 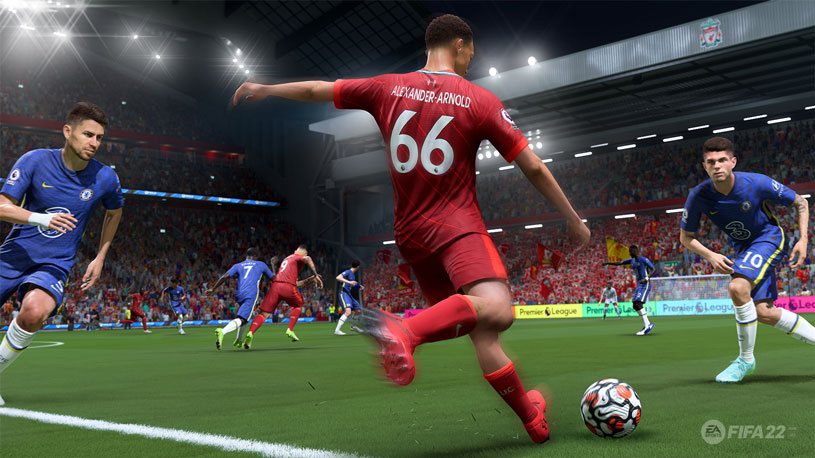 FIFA 22 delivers the most realistic, fluid, and responsive football experience ever thanks to the new HyperMotion gameplay technology on next-gen platforms. Featuring innovation across all game modes including VOLTA FOOTBALL Arcade Tournaments, all-new FIFA Ultimate Team™ Heroes, and much more, FIFA 22 is the best representation of the power of football to date.

Get the squad together in Pro Clubs with enhanced team customisation and updated progression that puts you in control of your Virtual Pro’s development, and welcome back some of football’s most memorable players as new FUT Heroes in FIFA Ultimate Team™ with a redefined competition structure that makes testing your skills against other players more accessible. However you play, enjoy unrivaled authenticity everywhere with over 17,000 players, 700+ teams, and more than 30 leagues including the UEFA Champions League, CONMEBOL Libertadores, and the brand new UEFA Europa Conference League – only available in FIFA 22.

Battlefield 2042 marks the return to the iconic all-out warfare of the franchise. Adapt and overcome dynamically-changing battlegrounds with the help of your squad and a cutting-edge arsenal. With support for 128 players*, prepare for unprecedented scale on vast environments. Take on massive experiences, from updated multiplayer modes like Conquest and Breakthrough to the all-new Battlefield Hazard Zone. 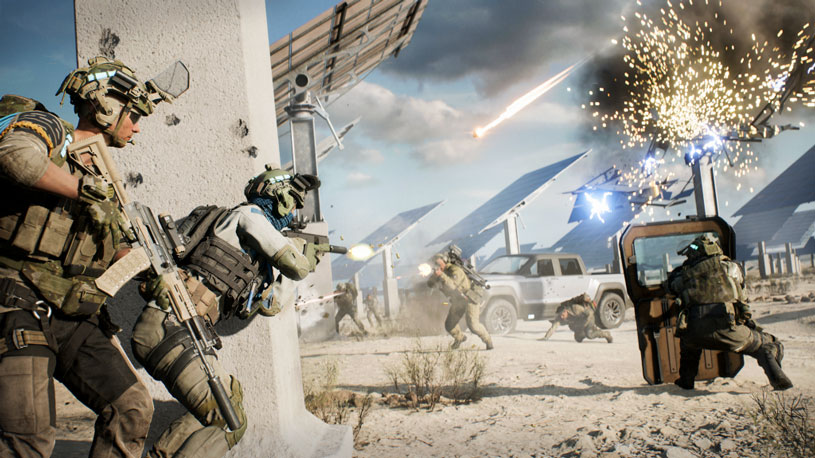 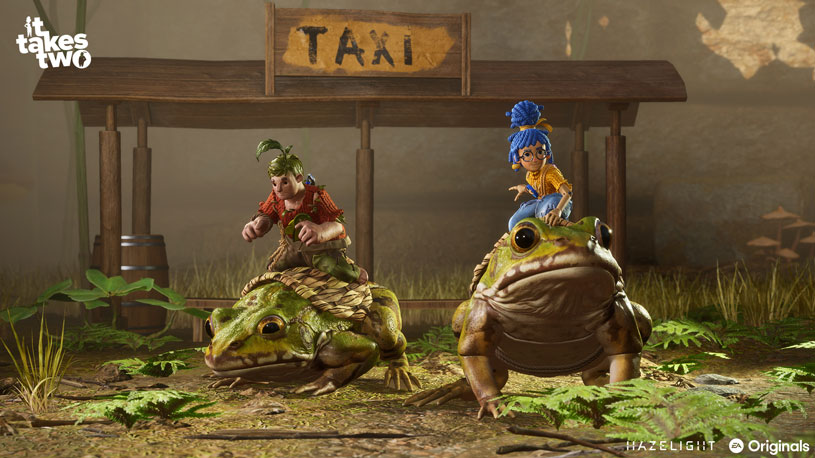 From the makers of the award-winning co-op adventure A Way Out, embark on an all-new, crazy journey in It Takes Two, a genre-bending platform adventure game created purely for co-op. Play as the clashing couple Cody and May, two humans turned into dolls by a magic spell, who, trapped in a fantastical world where unpredictability hides around every corner, are reluctantly challenged with saving their fractured relationship.

In It Takes Two, players work together across a huge variety of gleefully disruptive gameplay challenges. With connected character abilities in every new level, an abundance of unexpected obstacles and hilariously heartfelt moments, players will work their way through a uniquely metaphorical gameplay experience. As the next co-op release from industry leading and award-winning studio Hazelight, It Takes Two whisks players on a wild and wondrous ride where only one thing is for certain: we’re better together.

Campaign: When all hope is lost and humanity’s fate hangs in the balance, the Master Chief is ready to confront the most ruthless foe he’s ever faced. Step inside the armor of humanity’s greatest hero to experience an epic adventure and explore the massive scale of the Halo ring. To experience the campaign, purchase Halo Infinite (Campaign).

Big Team Battle: Create endless combat possibilities by mixing and matching a rich variety of weapons, vehicles and equipment to experience big-team mayhem and fun that embraces the full spectrum of the Halo sandbox. Spartan

Customization: Become a Spartan that’s uniquely your own with a rich and deep player customization system. Earn and discover new cosmetic items simply by playing campaign or multiplayer. Or obtain even more cosmetic rewards, purchase a Battle Pass that never expires and unlock new content at your own pace.

Cross-Generation and Cross-Platform Gaming: Halo Infinite provides an amazing experience across the Xbox One and newer family of consoles as well as PC with stunning 4k graphics and world-class cross-platform play. And, on Xbox Series X as well as supported PCs, enjoy enhanced features like up to 120FPS and greatly reduced load times creating seamless gameplay that usher in the next generation of gaming.

* *Up to 120FPS and 4K Ultra HD available on Xbox Series X consoles and compatible PCs only across supported maps and modes; compatible TV or monitor required. 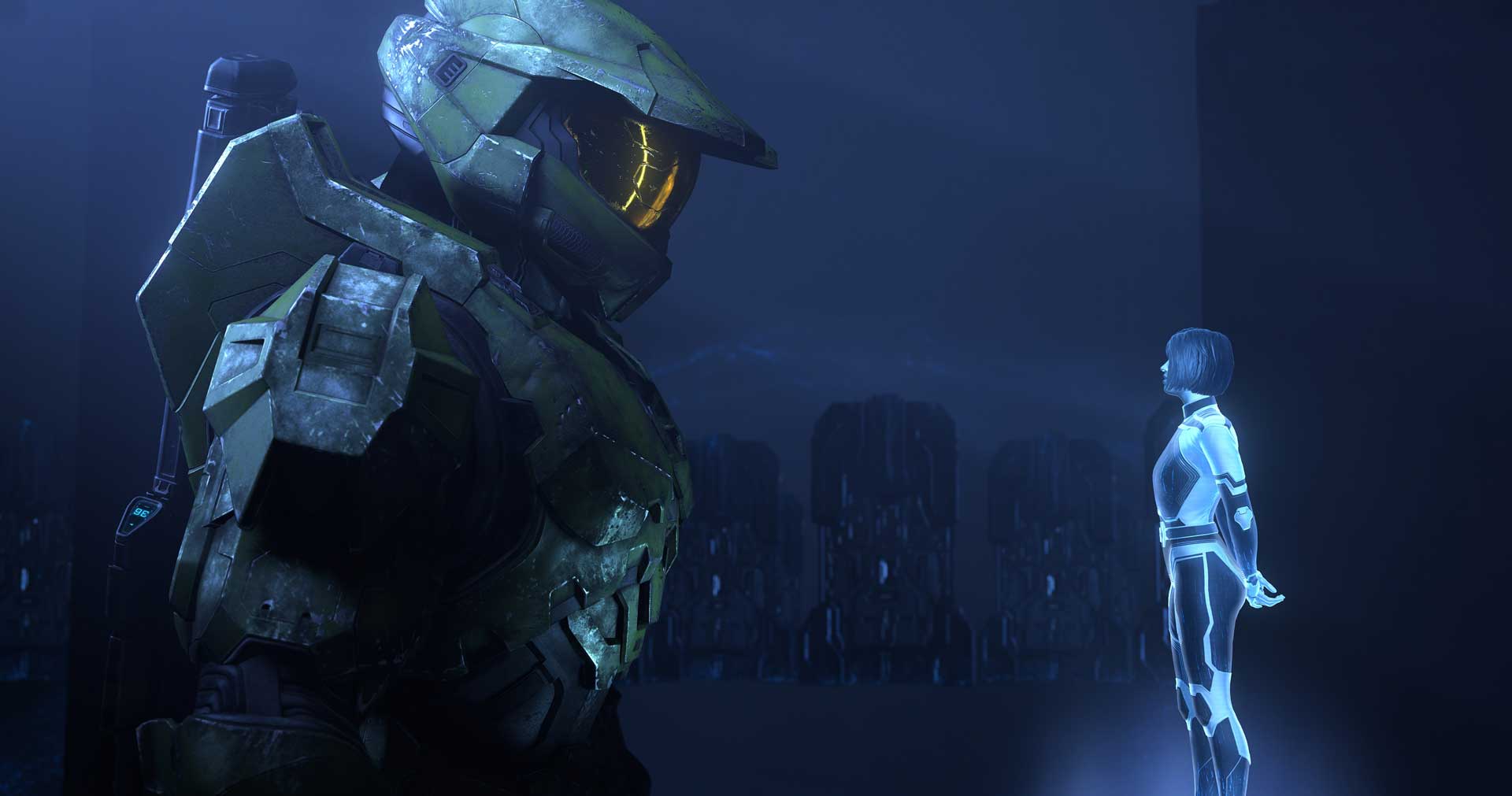 Xbox Series S ReviewWhen I first heard and saw the little brother to the Series X, I thought it look like a speaker or something that you could mount to your wall, and you don’t get an actual sense of the size of it until you have it right in front of you. The Xbox...
Read More
← A Plague Tale: Requiem - Gameplay Trailer The Gunk Review →