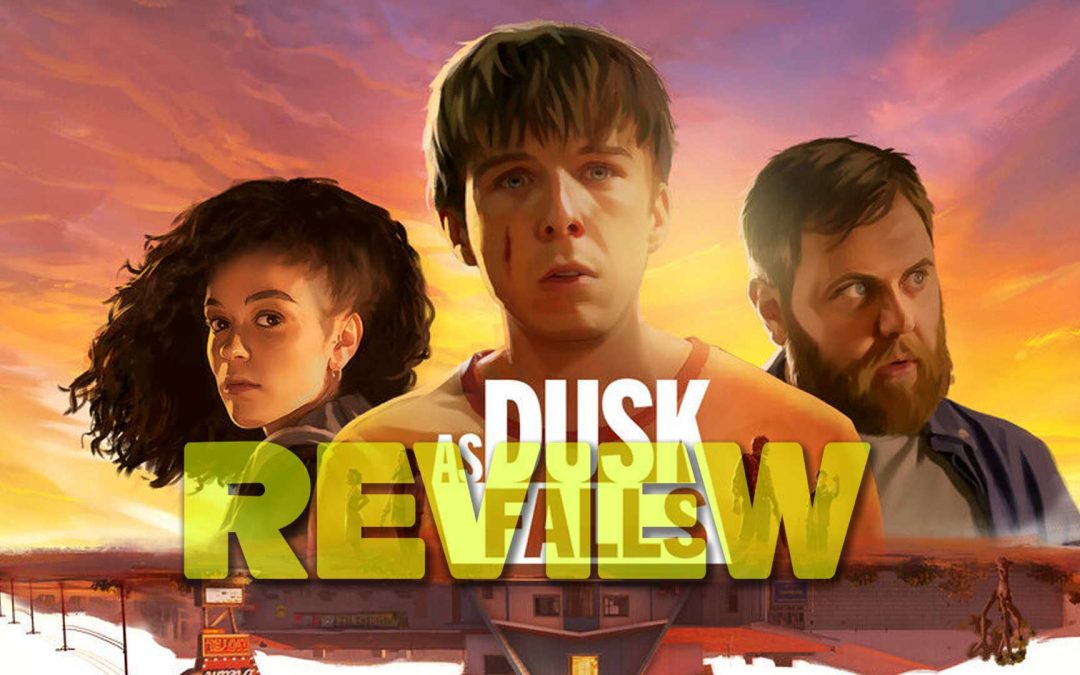 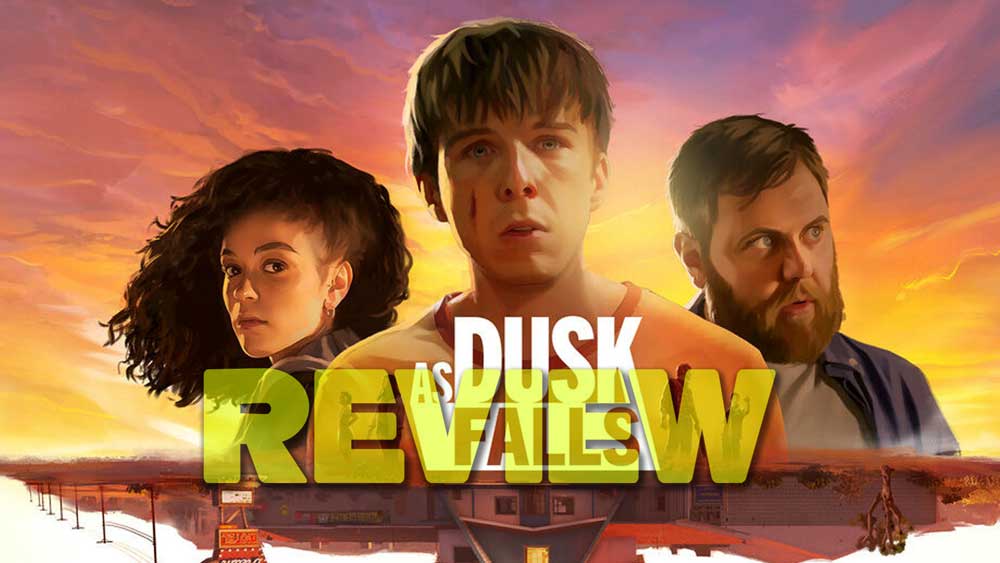 As Dusk Falls is an interactive story driven drama, that unwraps the entangled lives of two troubled families. Their stories are told across three decades within a small town in Arizona. Where the characters you meet all have something to hide, some darker than others.

The game beings with a family travelling along a dusty road, heading off to start a new life or so it seems. Along this road the family are almost involved in an accident, but thankfully the father manages to avoid an oncoming truck.

The occupants this truck, which we find out later, are the Holt boys, the other family of the story. It’s here where the story starts to unravel, and we get to find out more about the two families. With each family having their own secrets that could affect everyone.

The gameplay mechanics in As Dusk Falls is quite simplistic. It’s a mixture of point-n-click and QTEs (quick time events) depending on the scenario in the game.  Progressing through each chapter of the game choices are presented to you. These choices are multiple options and will decide what a character will do or say in that moment

Choices can be selected by using your controller or mobile device. You will also be able to investigate certain scenes by moving a cursor and interacting with points of interest. The QTEs usually occur during the more dramatic and tense moments of the game. QTEs show up on-screen and you must press a button or swipe/push your chosen control method in a certain direction.

While the controls are extremely easy, it’s the co-operatively play through the story that makes it more interesting. The game allows up to 8 players play cooperatively, with 4 players using controllers on the same screen. If you manage to grab 8 players, there will be a combination of mobile devices and controllers.

There are certain moments in the game that will have outcomes. These outcomes have a major impact on the story and will affect the overall ending of the game. When a chapter ends, it allows you to look back over the Story Tree to see what outcomes were missed.  Each playthrough is roughly 6 hours, but this can be extended from multiple playthroughs to uncover all the endings. 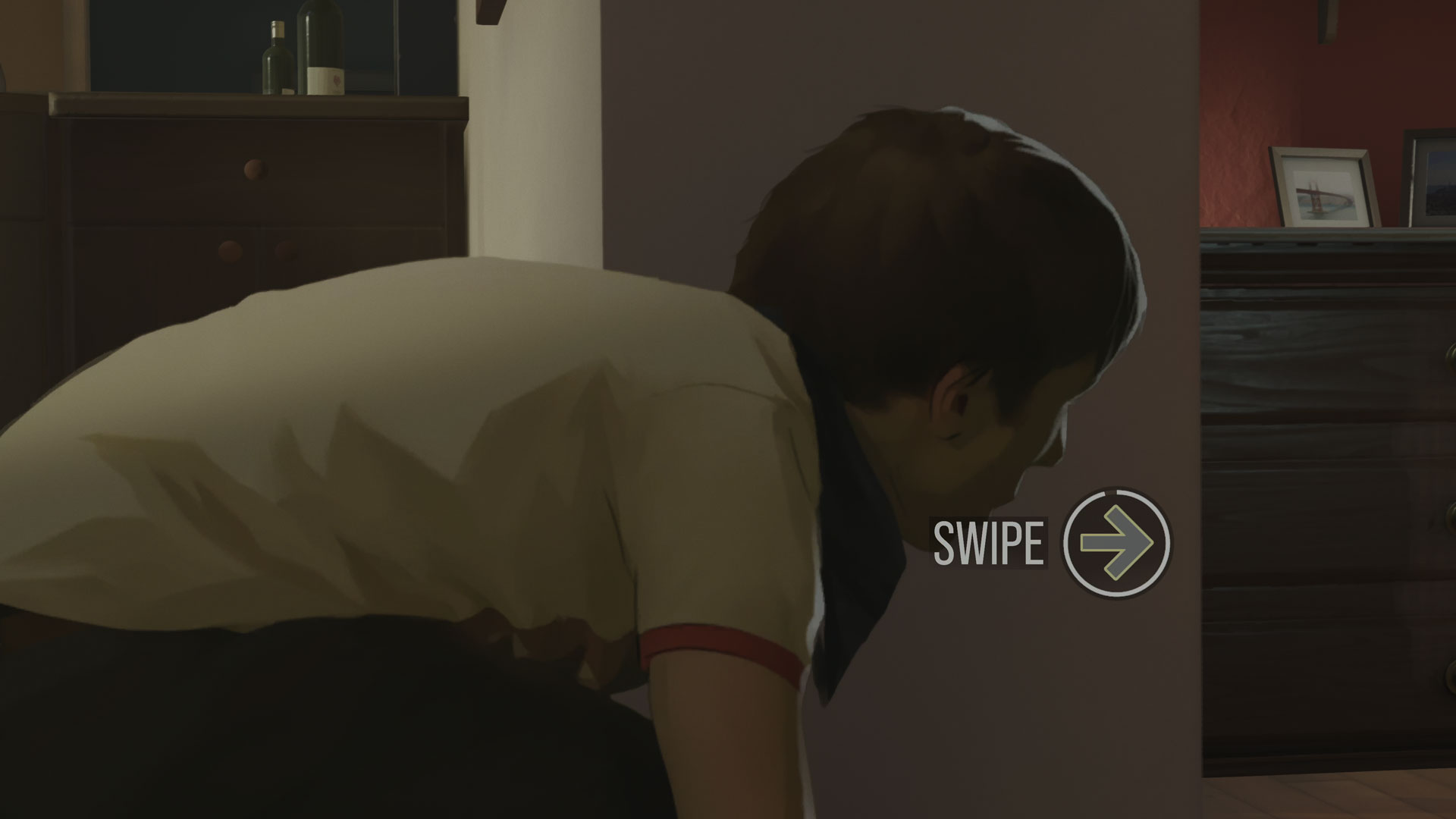 In co-op mode the choices that are made are done via a voting system. The choice that has the most votes wins, which will decide the outcome in that moment. You won’t always agree, and sometimes a vote can be tied. If this happens, the game will select a winning option at random. You can also override the groups decision if you disagree with the group.

As Dusk Falls also offers you a Broadcast Mode option, whereby your viewers vote on the choices in the game. This mode can be activated by ticking the ‘Broadcast Mode’ box. From here you enter the name of your Twitch channel (of course you need to have one first) and connect to it. Once you start the game, your viewers will have the ability to vote on the outcomes. This is done via the chat window in your stream.

Each choice will be shown with a hashtag (#2, #4, and so on…) and viewers get to choose. The choice with the most votes wins. You as the streamer can still overrider the viewers vote, but that would negate the point of Broadcast Mode in my opinion. The QTEs within the game will still be done by the streamer. 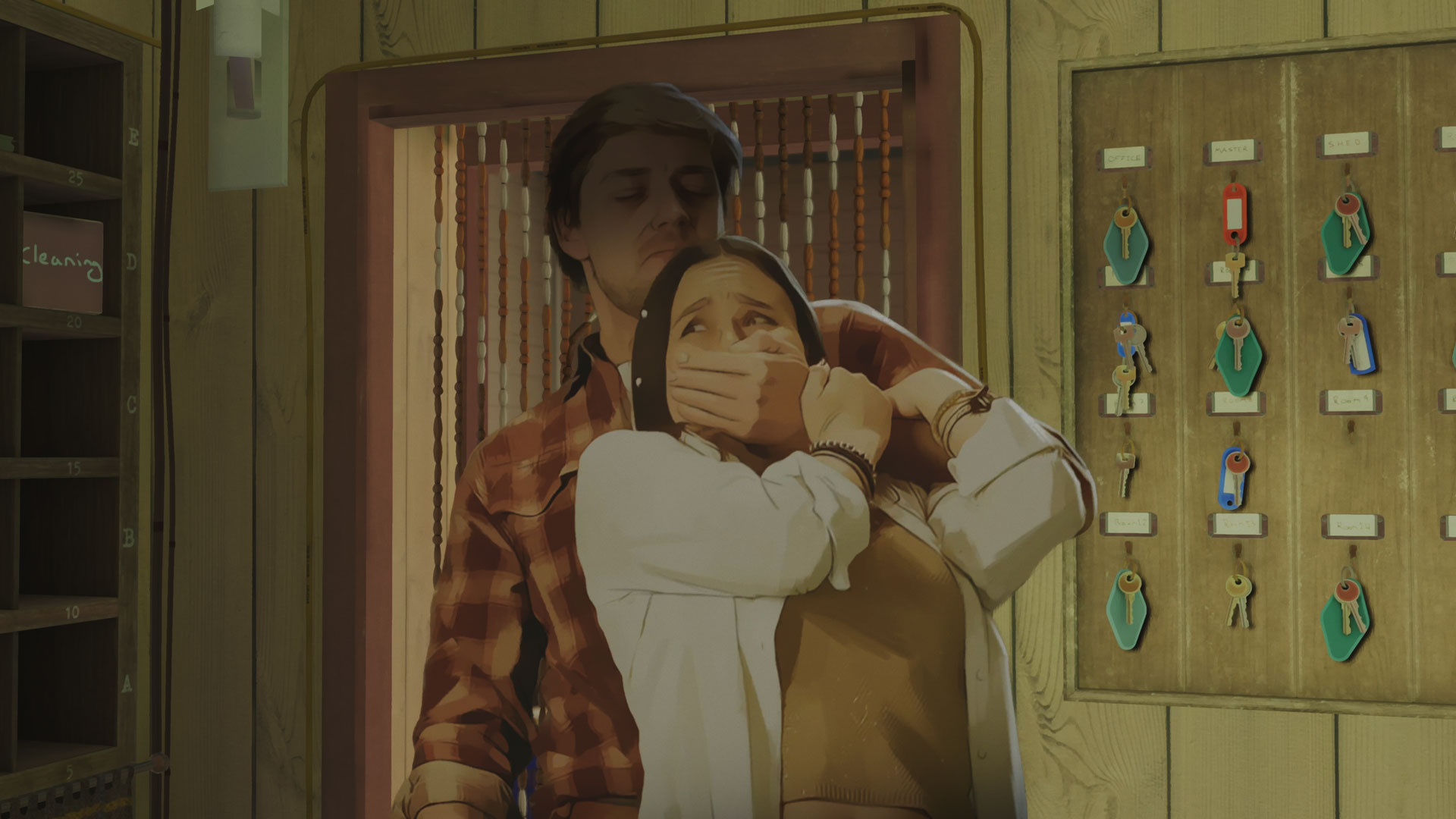 Visually, As Dusk Falls resembles that of a graphic novel, hand painted with animated scenes. It’s as if the actors acted out each scene, but then the animators drew over the footage. It reminds me of a movie, A Scanner Darkly. The way that the game looks can really draws you in to the story.

However, during conversations the characters on screen can change from a smile to an angry frown or scowl. It seems unnatural when you don’t see the emotions happening more gradually. It can almost break the illusion when the story becomes more gripping, and the characters are acting out or trying to portray emotion.

Hole in the Middle

The music that accompanies the game is outstanding, especially the intro track (Hole in the Middle) at the main menu. It’s a sombre tune that portrays sadness and depression, which sets the tone of the overall game beautifully.

The voice acting in the game is definitely one of its strongest points. With each interaction on screen playing out with intensity and emotion that leaps off the screen at you. The team and actors have done an outstanding job here with sound and with each scene you are drawn in. You can feel the love, the loss, and the sorrow in each of their voices as they share their stories.

As Dusk Falls replay value will probably be used quite extensively by most of you. There are so many choices and outcomes that can happen throughout the game. With each chapter completed you find out what choices that you may have missed. Thankfully you can replay this over again when you are ready to.

After you finished your journey, you can choose to go back and replay a chapter if you are unhappy with the outcome. You are able to do this in two ways. Either by starting a new journey or by loading an existing save and Select Explore Story. Choosing an existing save will let you explore the story and replay a chapter. You can select any thumbnail from within the Story Tree and choose the “Replay from Here” symbol. You can then choose to Explore, Overwrite or Create New Save.

As Dusk Falls makes you question yourself over the choices you make throughout the story. Did I make the right one in that moment? At times it gives you a sense of guilt and empathy when you feel the wrong choice was made.

I did feel that I made some bad choices or mistakes along the way and even felt guilty over the outcome. However, here in lies the beauty of the game. What would you do in a certain situation that would question your loyalty, your integrity and the wellbeing of another?

As Dusk Falls was an emotional thrill ride of discovery about two families and what they endure through this tale. The team over at Interior/Night have done an amazing job in telling a story that is both gripping and heart-breaking. It deals with love, loss, mental health and family conflicts.

It questions your own integrity and makes you really think about the choices that has affected the characters in the game. What will you do? How will you choose? Let’s find out July 19th! 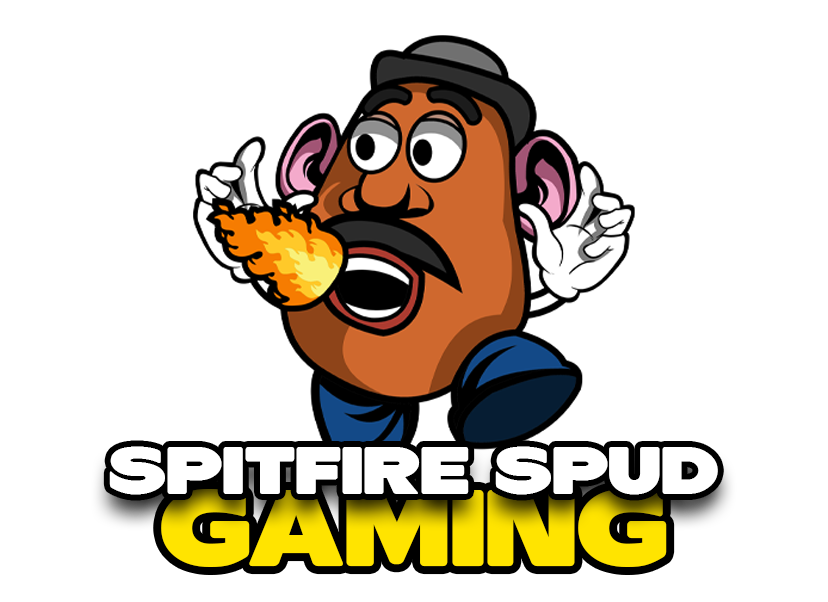 Genre Puzzle, PlatformerRelease Date December 17th DecemberPublisher Untold TalesPlatforms Xbox, PS, PC.Aspire: Ina's Tale ReviewIn Aspire: Ina’s Tale, we start with a girl locked up in an imposing structure that she must escape from. With each step you take a mystery...
Read More
← Mario + Rabbids Sparks of Hope Launching October 2022! Homicidal All-Stars - A Game Show with a Twist! →